When pioneering chef and advocate Alice Waters told the thousand-plus delegates at a recent Farm to Cafeteria conference that “the question of local food is deeply a question of equality,” she struck a chord that had been resonating throughout the conference all week.

Sure, local food is about good health and the environment. It’s about supporting local economies, and making sure farms will be there in the future. It’s about creating new systems of growing and eating. But too often, as many delegates at the conference pointed out, marginalized communities are left out of the discussion.

In the US, research shows that hispanic and black neighbourhoods have fewer grocery stores – and more convenience and fast food outlets – than more affluent, more white neighbourhoods. These so-called “food deserts” mean that people who already have less money to spend on food also have fewer healthy options at their disposal. This is partly why these groups have higher obesity and diabetes rates than the rest of the population.

The Canadian context is slightly different; we don’t have the same history of segregation, and we have (for now) a better social safety net than Americans. But we also have communities of colour that suffer disproportionately from hunger and food insecurity.

What’s more, StatsCanada surveys found, is that across all food insecure households, adults protected children from hunger to some degree by going without themselves.

Which makes sense. We want to give out kids the best. And, as Waters pointed out, our public schools are an ideal place to foster this equality amongst all kids and begin a radical transformation of our food system.

Put your hands in the soil?

That means making local food relevant to the schools and communities you serve, says Utcha Sawyers. Sawyers is a food justice and community food animation manager with FoodShare Toronto, a non-profit working to ensure everyone has access to “sustainably produced, good healthy food.”

There’s been a pattern, she says, of food organizations coming into communities with little consideration for the culture and ethnicity of that community – something she views as a critical barrier to success. “In all of our programs,” she says, “the model for Foodshare is that the community is our partner, they’re not our clients.”

When she received a batch of applications for this summer’s program, she found they were overwhelmingly white. So she actively sought out more students of colour to apply, and ultimately ended up with a team of 12 that she says better reflects the ethnically diverse makeup of the school.

It also means recognizing that, for students with immigrant parents who have fled rural areas, or those whose ancestors had manual labour forced on them, the phrase “put your hands in the soil!” might not have the same wholesome meaning. “We talk about these things,” says German, “and the students are into it. I think generally, we need to be more willing to have these conversations.”

Food as a bridge

In rural and remote schools, finding culturally relevant ways to engage students around food means something different. Daniel Schulbeck is a math and science teacher at George M. Dawson secondary at Haida Gwaii, where 80 per cent of students claim Haida Nation heritage.

“As a white teacher, I needed links with my students,” says Schulbeck. “Food was a bridge.”

“Students, especially in high school, are questioning who they are,” says Schulbeck. “We talk about making school relevant. This, it validates their culture.” 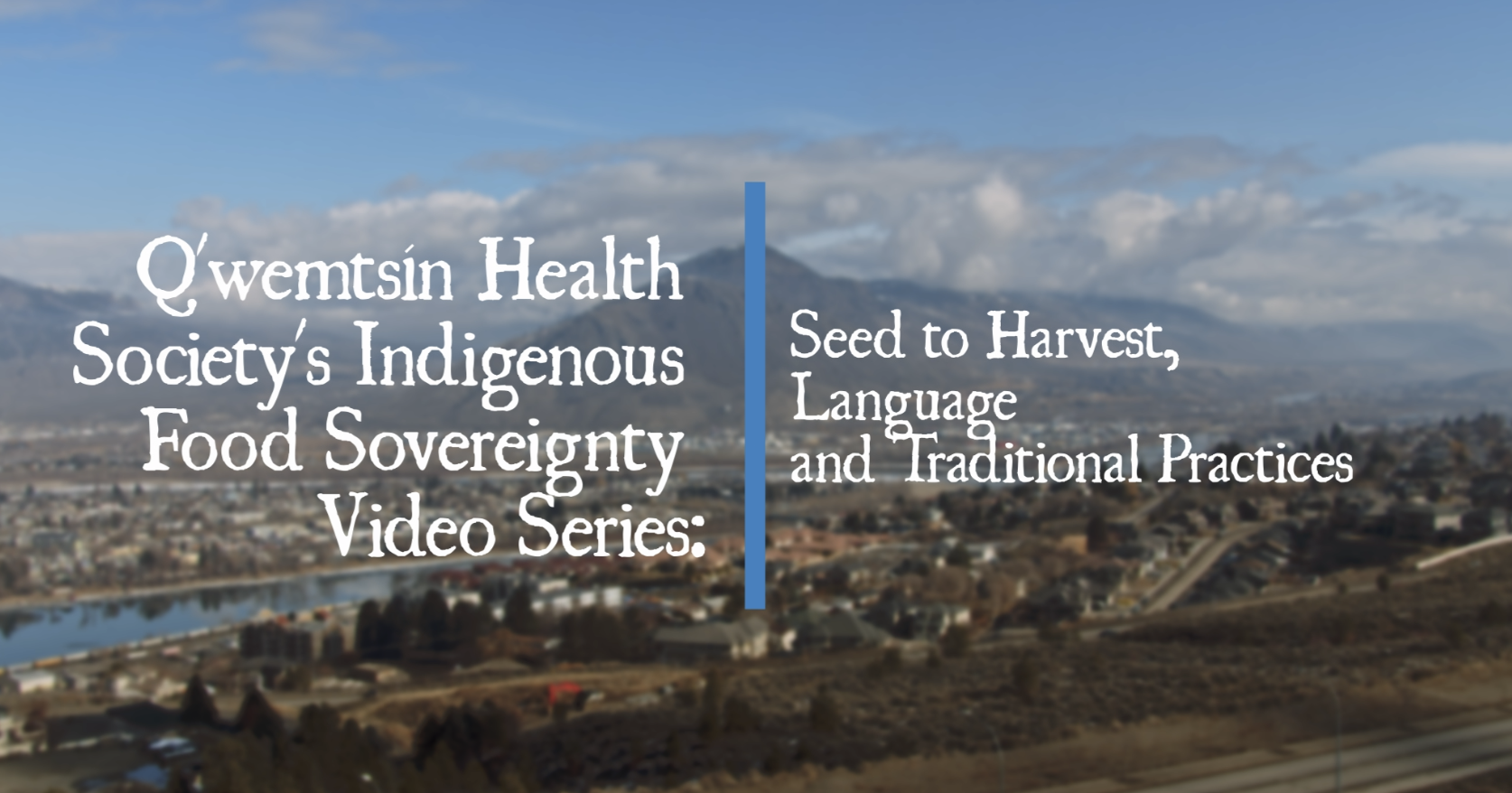 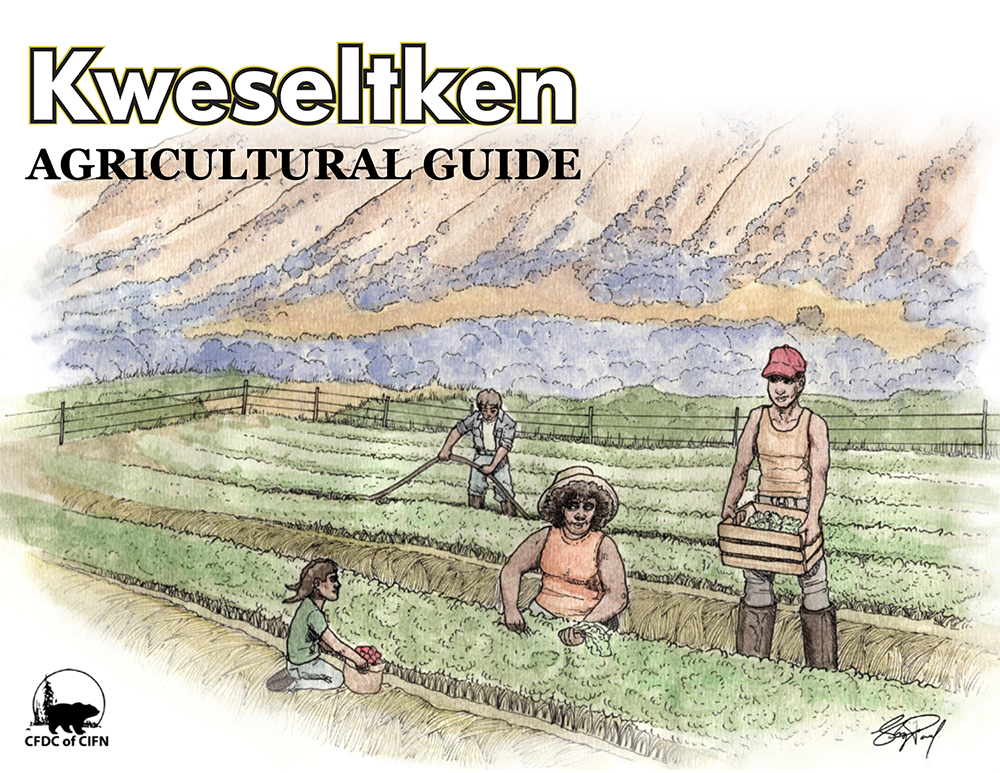 # **📅 REMINDER!****Register before May 24th (next Tuesday) to attend our LAST Edible Education webinar for the school year! ****Dr. Gillian Judson** (imaginED) and **Megan Sandham** will introduce a new resource for imaginative, Place-centered and Indigenous Education, called “Walking Forward: Learning from Place”. This resource applies an Indigenous lens to[ The Walking Curriculum](outdoorlearningstore.com/product/a-walking-curriculum/) (TWC), reframing the first 30 walks in TWC in ways that connect to the nine First People’s Principles of Learning.#farm2school #edibleeducation #communityofpractice #outdooreducation ... See MoreSee Less

# **Les Petite Pousses!****Birchwood Elementary in Saint-Lazare, Québec **started their garden and “Nutritower” program, Les Petite Pousses, after receiving a Farm to School Canada grant in 2020. After sending us an update last year, they also created a beautiful video to share with us what they had accomplished and to hear from the students about why they love their new program!👀 **Watch their video here: **https://www.youtube.com/watch?v=UILuQy2OePs📖 **Read their farm to school story here:** www.farmtocafeteriacanada.ca/2021/09/a-beautiful-garden-to-support-hands-on-learning-and-curricul...Équiterre #farm2school #localfood #schoolfood #schoolgarden #handsonlearning #foodliteracy ... See MoreSee Less

We have posted the last of the videos in the **Teaching the Curriculum through Food** series with Growing Chefs! Ontario!Watch: 1. **[Strategies for Cooking and Preparing Food in the Classroom ](youtu.be/nZWwGIWy03s)**(13 mins) explores strategies for preparing food right in the classroom.1. **[Resource: Working with cooking tools in your classroom ](youtu.be/fDcH2jGEwMM)**(4 mins) explains and demonstrates some of the ways students can gain confidence in using cooking tools.***...and so many more!*** What a great resource for teachers who want to bring #localfood and #foodliteracy into their classrooms. 🙌www.farmtocafeteriacanada.ca/2021/10/teaching-the-curriculum-through-food/#farm2school #schoolfood #handsonlearning ... See MoreSee Less

Resource Working with cooking tools in your classroom