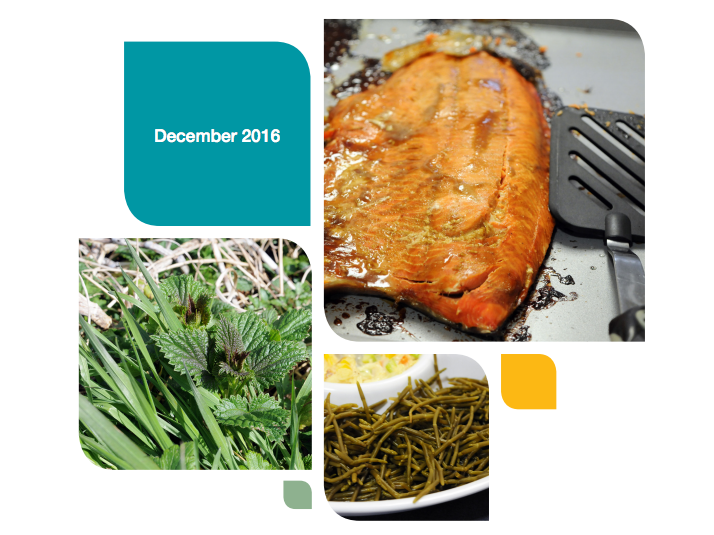 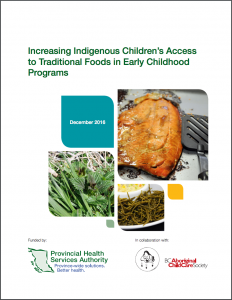 The Population and Public Health program, BC Centre for Disease Control, Provincial Health Services Authority (PHSA) and the BC Aboriginal Childcare Society (BCACCS) are excited to announce the release of a report, Increasing Indigenous Children’s Access to Traditional Foods in Early Childhood Programs. The report summarizes food safety barriers & facilitators to providing non-market, high-protein, traditional foods in the early childhood settings.
The project revealed that a major barrier is the current food regulatory system, specifically the Food Premises Regulation requirements that foods must be from ‘approved sources’ (eg. meat must be slaughtered and butchered in government-approved facilities.) Approved sources do not exist for most traditional foods; when approved sources do exist, they are often expensive or difficult to obtain.

Key informants identified recommendations and possible next steps, such as:

A small group of advisory members are meeting to discuss a plan for moving this work forward.

This project was funded by PHSA and was a collaboration with the BC Aboriginal Childcare Society. All aspects of the work were informed by a robust advisory committee with representation from regional health authorities (Environmental Health Officers and Licensing Officers), First Nations Health Authority, BC Centre for Disease Control (food safety) and Aboriginal childcare centres.

You can find the full report and executive summary on the PHSA Population and Public Health website and BCACCS will be posting it as well. 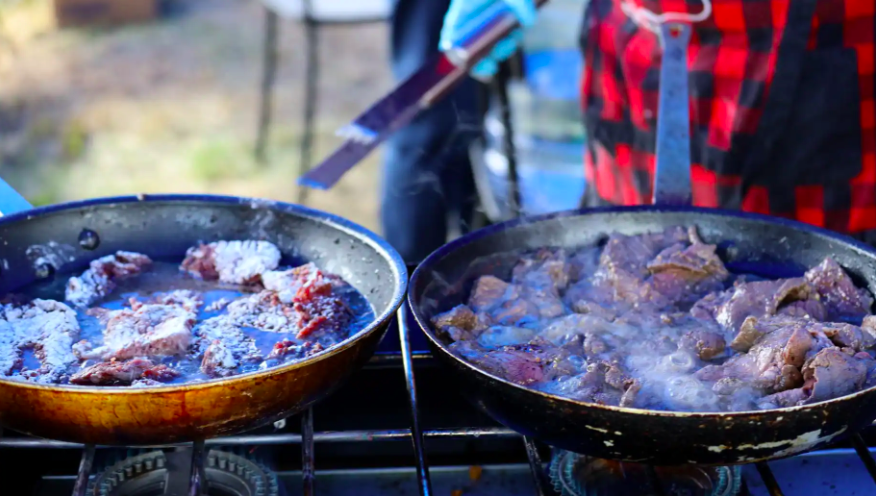