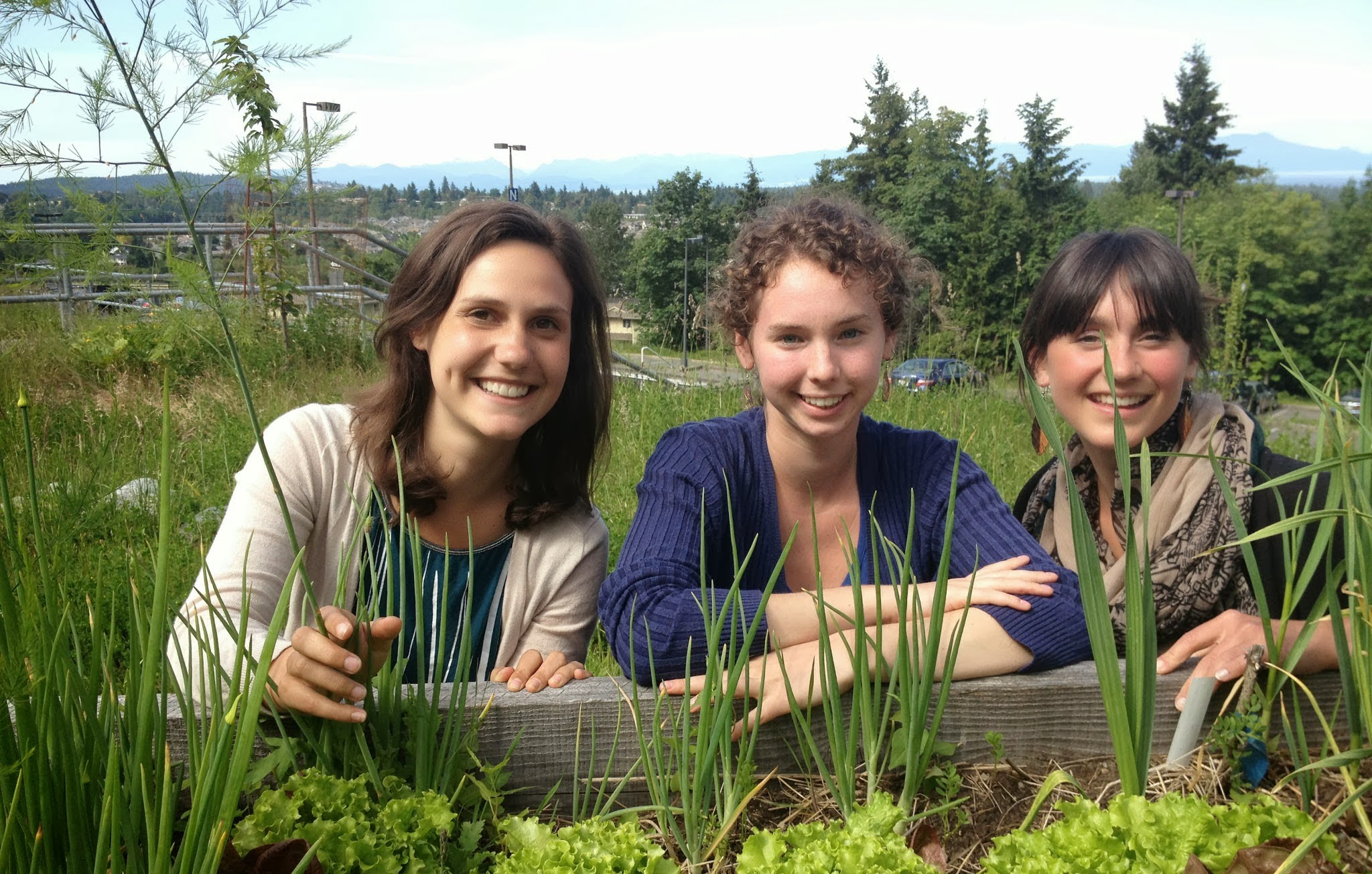 “There was a lot of interest in making the VIU campus a more sustainable place in terms of food,” says White. “But there wasn’t a lot of consolidated activity.”

It’s a challenge that comes with the territory. On one hand, students are an engaged population. They care deeply about the problems facing our food system and are motivated to tackle them. On the other hand, they have other priorities – studying, for example. And when students graduate or move on without an exit plan, projects can fizzle.

That’s easily what could have happened when White graduated in June, 2013. But thanks to a new university-funded position focused on food security, she’s been able to continue the work that she started as a student. White is currently serving a full-time contract as a healthy community coordinator, a job which includes research on sustainable purchasing policies and helping create a food strategy for the university.

The position was seeded by a national initiative called the Campus Food Systems Project (CFSP). Founded by the Sierra Youth Coalition Foundation and Meal Exchange, its goal is to foster food systems change on campus. In 2009, with funding from the McConnell Family Foundation, the project team selected five campuses across the country, based on applications from student leaders at those institutions. They paid the leaders a small stipend each, approximately $1000, says CFSP coordinator Sarah Archibald, to serve as food security organizers on campus.

At Vancouver Island University, those leaders were White, along with fellow students Jesse Alexander and Leah Chesterman.

Most of the work, says White, was about building and strengthening relationships; for example, that between the university’s culinary arts program and its fisheries and aquaculture program which in 2009 began experimenting with aquaponic food growing systems.

“Simply by all these different stakeholders coming together in the same room at the same time, it’s really surprising how much change can occur,” says White. “A lot of people are working towards similar goals, but this breaks down the silos, the compartmentalization.”

When funding from the Campus Food Systems Project came to an end after two years, White was able to secure six months of funding through the Vancouver Foundation. Following that, she got her current position as healthy communities coordinator, which is administered through the university’s Sustainability Advisory Committee.

She says the position has made it possible to carry through ideas that she and her peers didn’t have the time or capacity to take on as undergrads. “In theory, our priority should be our student work but often it was this project because we were all so passionate about it. Now that I’m in a full-time position that has funding and personnel and social support from the institution, I’m able to follow through on a lot of projects we simple envisioned or talked about as students.”

In addition to some job security for herself, White says the position is also symbolic of Vancouver Island University’s commitment to sustainability.

Other student leaders within the network have gone on to full-time positions funded by their administrations, Archibald noted in a blog post recently. This year, the Students’ Union at the University of New Brunswick created a campus food coordinator position. The University of Manitoba’s sustainability office has hired a former Campus Food Systems Project coordinator, Julie Rempel, to help coordinate research on the food system at the university.

This network has come in handy, says White, who is currently helping re-write VIU’s requests for proposals to have a greater emphasis on local food. “My job has been to research what they could look like. . . how do we write sustainable purchasing policies that benefit our institutions and farmers and distributors?”

“I’ve been connecting with universities all across Canada,” White says. “I have this network at my fingertips of people who have already gone through this experience, or are going through now.” 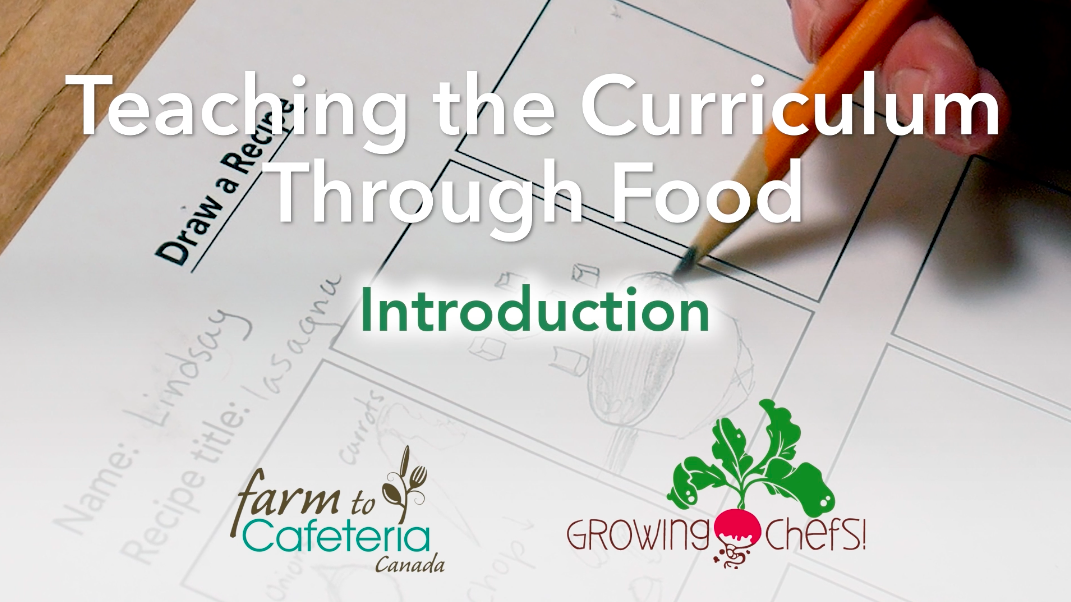 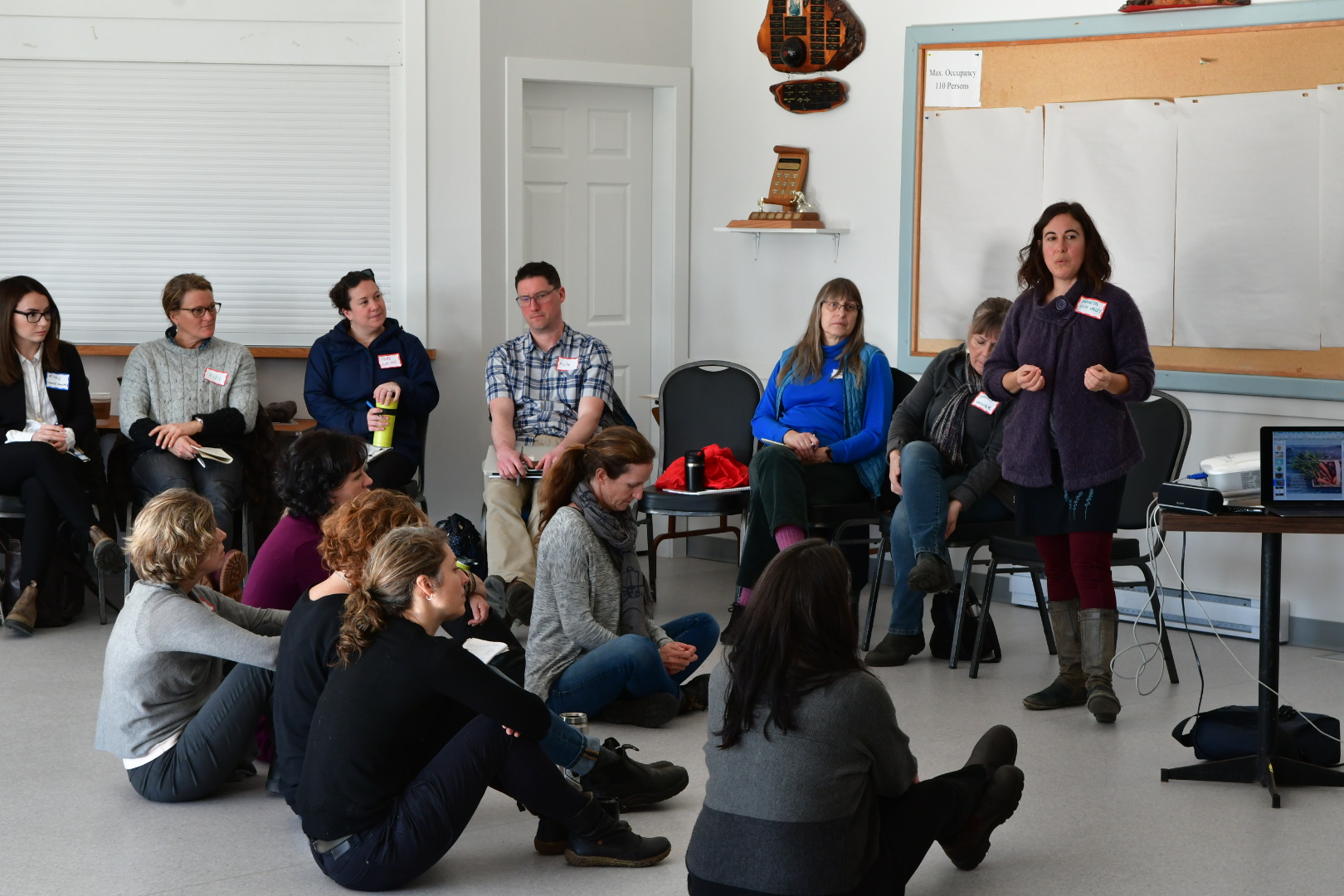 # **Teaching the Curriculum Through Food Video Series! 🥕📹 ****🎬 Farm to Cafeteria Canada and Growing Chefs! Ontario are proud to share our new Teaching the Curriculum Through Food video series.**These short (5-20 min) videos have been developed, in a partnership between our two organizations, to support and inform teachers and volunteers across Canada who are looking to bring food literacy into their classrooms and engage students through food.**🔎 Check out our first videos in the series!**www.farmtocafeteriacanada.ca/2021/10/teaching-the-curriculum-through-food/@growingchefsontario @SustainOnt #farm2school #schoolcurriculum #foodliteracy ... See MoreSee Less
View on Facebook
· Share